The Last Confederate Burial of the Hunley Crew

nOn 17 February 1864, the Confederate submarine made a  late night attack on USS Housatonic, a 1,240-ton (B) sloop-of-war with 16 guns, in Charleston Harbor off the coast of South Carolina. H.L. Hunley rammed Housatonic with spar torpedo packed with explosive powder and attached to a long pole on its bow. The spar torpedo embedded in the sloop's wooden side was detonated by a rope as Hunley backed away. The resulting explosion that sent Housatonic with five crew members to the bottom of Charleston Harbor also sank Hunley with its crew of eight. H.L. Hunley earned a place in the history of undersea warfare as the first submarine to sink a ship in wartime.
nThe search for Hunley ended 131 years later when Clive Cussler and his team from the National Underwater and Marine Agency (NUMA) discovered the submarine after a 14-year search. At the time of discovery, Cussler and NUMA were conducting this research in partnership with the South Carolina Institute of Anthropology and Archaeology (SCIAA). The team realized that they had found the Hunley after exposing the forward hatch and the ventilator box (the air box for the attachment of a snorkel). The submarine rested on its starboard side at about a 45-degree angle and was covered in a 1/4 to 3/4-inch encrustation of ferrous oxide bonded with sand and shell particles. Archaeologists exposed a little more on the port side and found the bow dive plane on that side. More probing revealed an approximate length of 34 feet with most, if not all, of the vessel preserved under the sediment.

Dedicated to the Confederate Defenders of Charleston

These two Southern Belles were quick to pose for this photo as they giggled with their Southern Charm.

Notice the cannon balls not to mention the pigeons being fed by these kind ladies.

These shotgun row houses are not far from the Battery and are a good example of Charleston close to the Harbor.

Everyone felt safe with Police Protection. No danger in Charleston on this day.

These men are intent photos like this  brings the past to life.

Can you tell who doesn't belong in this photo?

These Mourners really understood what was taking place here in Charleston on this day.

The temperature is rising steadily and was approx 80' before the burial was finished.

Just a few minutes before the ceremonies began.

Fort Sumter in the background just to the left of the flag bearing ship.

There are many wonderful homes around the waterfront Battery.

What a great experience hearing the flutes and period music with all the surroundings.

Notice the young tot in the ranks.

The gentleman on the right is a Real Son of the Confederacy. Lucas L. Meredith, Jr.

You cant help but feel the Spirit of the Ole South with the bagpipes and period wear.

The ceremonies begin for the crew of eight.

Entering the gates of the Magnolia Cemetery

The march was approximately 4 1/2 miles from the Battery.

Flags were at half staff as the procession approached the Cemetery. Looks as if the gentleman is wiping a tear from his eye.

These men are weary from the march and heat.

Most of the grave markers are Confederate Soldiers at Rest.

Water men were refilling canteens just before the funeral ceremony began after the 4.5 mile march.

The remains of the Hunley Crew are at the top left of this photo draped with the Flags.

These men look as if the just came off the battlefield.

Taking a short rest as everyone gathers for the final ceremony.

Notice the large building in the background. Our parking was a short distance from there. We walked only a short distance as compared to the 4.5 mile journey these men and women endured in the heat.

Dedication of these men and women are beyond words.

Gone but not Forgotten. I really notice that this is more than a stone.

A picture is worth a thousand words.

These men are Honored as they carry the Hunley Crew to their final resting place on this earth.

This ones for you Preshus

The markers to the right rear are the First Hunley Crew

One large pit was dug for the Hunley Crew they were laid to rest as they were in the Submarine.

To Thine Own Self Be True 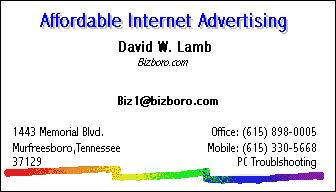 Where you can find anything you might need at affordable prices!